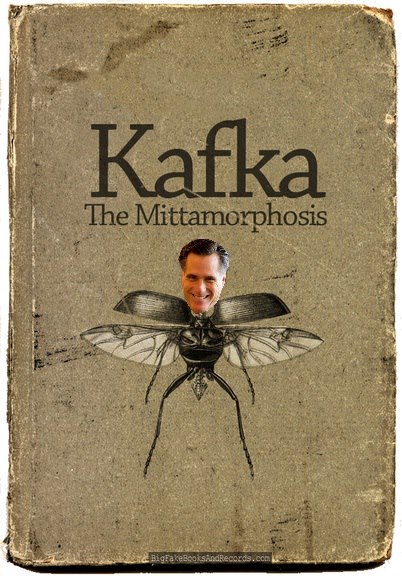 The literary geek in me couldn’t resist this posting — a devilishly ingenious mockup from the Pragmatic Progressive Facebook page.

And to go to the source of the inspiration I offer this:

“What about sleeping a little longer and forgetting all this nonsense, he thought, but it could not be done, for he was accustomed to sleeping on his right side and in his present condition he could not turn himself over…”

Now, poor Mittor had Paul Ryan lying on top of him. He could no longer even budge!

“…His numerous legs, which were pitifully thin compared with the rest of his bulk, waved helplessly before his eyes.” (from The METAMORPHOSIS — Franz Kafka)