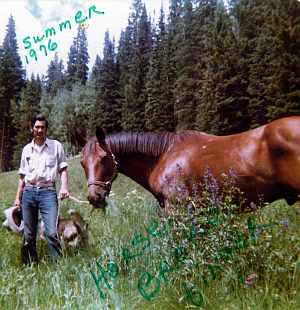 And lay me down easy where the cool rivers run/
With only my mountains ‘tween me and the sun — Townes Van Zandt, “My Proud Mountains”

I recently drove back out to Colorado which is not my home. But something draws me back, which feels as primal and perhaps as personal as it was for the late great Townes Van Zandt when he pondered, wrote and sang “My Proud Mountains.”

OK, part of it is my love for experiencing music in an extraordinary outdoor setting, so I head for the improbable mountainous concert venue of Red Rocks Amphitheater, outside Morrison,  Colorado. Here you drive up to caverns where you lose cell phone reception. You my need to climb a ways up rock and root-thicketed pathways, and then steep concrete staircases to get to your seat.

But there’s something more personal about the mountain thing for me. As my girlfriend Ann Peterson and I drove through Iowa on our way out last week, I popped in Van Zandt’s album The Highway Kind, which includes “My Proud Mountains.”

But first, there’s another song, utterly haunting, the title song, which I think is the only way I can get to “My Proud Mountains.” I had to re-listen to “The Highway Kind” several times (once while Ann was in a gas station restroom).  For me it feels like a sort of strange, disembodied rite, about a man who has to keep rolling his tumbleweed soul down the highway, drifting in and out of relationships, in search of a woman whom he loves and yet has never met. That sounds like the stuff of pure, goofball romance but Townes makes clear in the song that chances are that he will never meet this woman, which is a different kind of longing, the stuff of pure idealism.

Yet Townes has a gift for the twist — there is no simmering sense of “just maybe,” only a forsaken dream that a darkly blessed poet could envision.

The essentially modal song putters and drones along in D minor, like a car with a hole in each tire hissing out air, till you’re sitting pancake-flat on the highway in the middle of nowhere. Pour the sun upon the ground, stand to throw a shadow. Watch it grow into the night/ Feel the spinning sky. It was the perfect song for a drive from Milwaukee to Boulder in two days, because Iowa and Nebraska seem forever (I wish I’d brought the CD last fall, when I madly drove from Milwaukee to Boulder in one day.)

Ultimately Townes has to keep moving because he’s the highway kind, the restless soul who “only comes to leave.” And then he sings: “But the leavin’ I don’t mind, it’s the comin’ that I crave.” Enough to drive a woman crazy, so none could ever stay with him, although more than a few fell in love.

Nevertheless, Townes had a devoted, long-suffering wife, Jeanene, whom I suspect might concede that this is one of the songs closest to who he really was.

Here is a striking and under-heard version of “The Highway Kind”:

It was this sort of poetic storytelling that caught me almost unawares when I turned to Townes Van Zandt’s music after my second marriage failed. Many years earlier, his baroquely overproduced first album For the Sake of the Song had kept me from investigating his later output. Now I discovered I needed his mournful yet persistently outward bound and slightly cock-eyed imagination, one that dreamed up the mini- epic “Pancho and Lefty,” which Willie Nelson and Merle Haggard turned into a huge hit. Townes also led me to rediscover so-called roots music and the many newer singer-songwriters applying extraordinary levels of literary effort to song craft, a quiet sort of American cultural renaissance.

Anyways, I don’t really consider myself “The Highway Kind.” Being a Cancer, I’m even something of a homebody. Still, as the son of a traveling salesman, I do love the road — driving across the Spartan, mute, muscular and magnificent expanses of America.

I’m fascinated by such a quietly bedeviled creature as “The Highway Kind” and yet I respond with more of an open soul to a song like “My Proud Mountains.”

He lived there in some of the happiest times of his life as well as some of the most desolate. You can read one of the two biographies of his life, though I prefer John Kruth’s To Live’s to Fly: The Ballad of the Late Great Townes Van Zandt. Despite its slightly hagiographic undertones, Kruth doesn’t flinch from the truth about a man who was a genius, and often a funny sweetheart and sometimes a cold jerk, especially when alcohol took hold of him. That demon ultimately killed him on January 1, 1997, at age of 52 — exactly 40 years to the day after his hero, Hank Williams, died, also from drink.

Kruth’s book title draws from the title of perhaps my favorite Van Zandt song, “To Live’s to Fly” a more sunlit variation on “The Highway Kind” theme. “To Live” examines the profound impulse to keep moving on, which the true troubadour lives for, because he or she simply cannot rest, with a soul as unsettled as the wind that sighs and howls almost ceaselessly through Townes’ proud Colorado mountains.
Despite the kinship between the two songs, I won’t peruse “To Live’s to Fly” in detail because it’s so well known among Townes fans.

“My Proud Mountains,” however, sounds like he wrote it in Texas or somewhere else far from Colorado, and invokes the deep-in-the-bone desire for the peak experience in piercingly eloquent terms. I may never live in Colorado; as a downsized staff newspaperman I lack the financial resources to move to Boulder, the splendid city I have visited most often.
So last week, my sister-in-law Kris Verdin  — who has hosted my visits every time I have seen and climbed in Van Zandt’s proud peaks — encouraged my girlfriend and I to scope out for-sale condominiums a few blocks away from her home in south Boulder, not far from the foothills of the Rockies. But those go for about 500 grand, which is way beyond me.

And yet, I return to Colorado because of the mountains, my love of which goes back in some primal way to early instincts, even though I am a lifelong Wisconsinite. I was always drawn to the mountains and when I finally got out west in 1971, a magnetic force seemed to pull me to a headlong climb up the vast, grand face of Teewinot Mountain, in the Tetons of Wyoming, a mountain often mistaken for the nearby Grand Teton.

Inexperienced and without any equipment, I didn’t actually climb the rock face. But the long trek and scramble to the base of the face and the way back, with my friend Frank Stemper, led us into a mountain cloud, hovering halfway down the mountainside, at dusk. Then rainfall began and the engulfing cloud cover forced us to simply lie down on the edge of the cliff, because we couldn’t see far enough to safely traverse either direction away from the precipice.

So Frank and I huddled in cloth sleeping bags, in the rain, pondering the sky and perhaps the fate toying with our unfolding lives, just into college. The rain fell constantly and the temperature dipped into the upper thirties. We lay with knees hunched up to protect our crotches and soon they were the only parts of us still dry. We hardly slept but Frank says he dreamed that our travel buddy John Kurzawa drove my mother’s trusty station wagon up the mountain to rescue us.
Frank shared with me the fourth and last cigarette I have ever smoked in my life, which proved somewhat comforting, amid the daunting heights of our situation. When the cloud cleared in the morning we found our way down with comparatively little difficulty.

Townes Van Zandt doubtlessly had similar feelings and probably with far deeper anxiety during the time he lived alone in a cabin in Colorado, with nobody but his dog and his horse Amigo. At that point, in his life he was so destitute and perhaps mentally destabilized that he ate dog food for his sustenance for a period of time, according to biographer Kruth.

My own life went to through a debilitating transformation when I, along with 26 other veteran journalists, was downsized out of my long-time job at The Capital Times in Madison in 2008. Shortly before that my wife divorced me. I had also contracted a rare, autoimmune nerve disease that rendered my  left hand partially paralyzed and both my arms and hands in chronic pain, which continues to this day.

So needless to say, I was distraught and at times bereft at this point in my life.
That is when I rediscovered Townes Van Zandt, like an unholy angel of deliverance.

His mountain song resonates like the tale of a mythical character, but Townes sings it with such abject honesty and honor for the spiritual wonder of the mountains that you can almost taste his wanderlust, his spiritual displacement. You can imagine yourself pulling on his dusty boots, and heading west for that big, brawny horizon, long down the road.

And yet, his song is about leaving the mountains behind:

My home is Colorado with their proud mountains tall
Where the rivers like gypsies down her black canyons fall
I’m a long, long way from Denver with a long way to go
So lend an ear to my singing ’cause I’ll be back no more

So I rolled and a-rambled like a leaf in the wind
Well, I found my fast ladies and some hard livin’ men
Well, I sometimes went hungry with my pockets all bare
Lord, I sometimes had good luck with money to spare

I made me some friends, Lord, that I won’t soon forget
Some are down under and some are rambling yet
But as for me I’m headed for home
Back to high Colorado never more for to roam

So friends, when my time comes as surely it will
You just carry my body out to some lonesome hill
And lay me down easy where the cool rivers run
With only my mountains ‘tween me and the sun

My home is Colorado.

2 thoughts on “Going back to Townes Van Zandt’s “Proud Mountains,” to anyone’s mountains.”