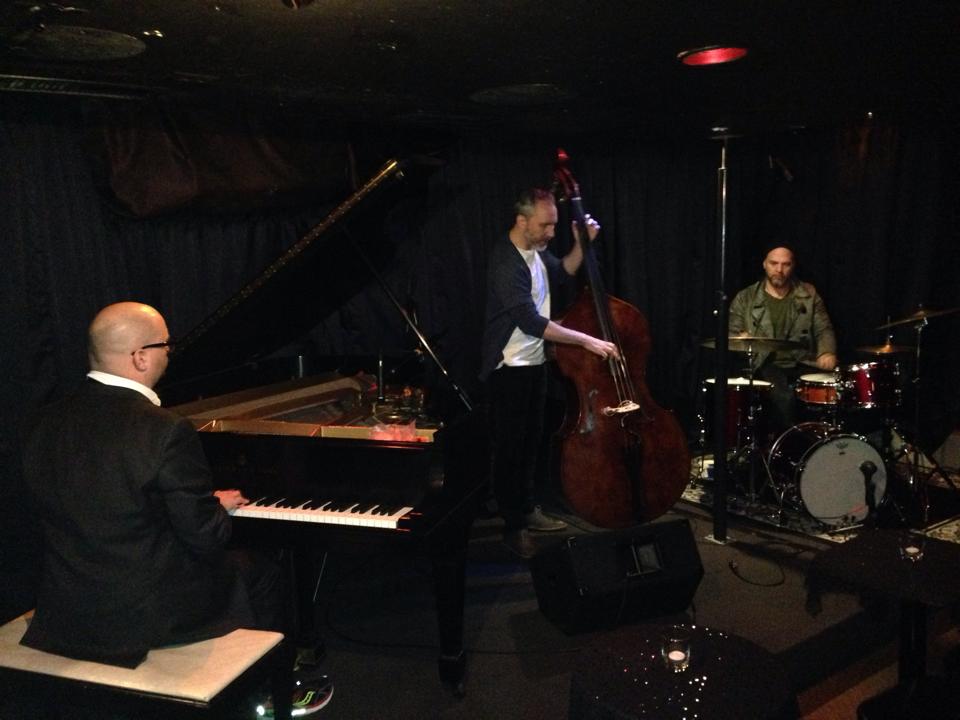 If the Bad Plus made their reputation as an alt-jazz band bristling with rock attitude, they threw a sucker-punch to open the first of a four-show two-night stand. The opening title, “Pound for Pound,” sounded tough. Yet, on the club’s newly acquired Steinway, pianist Ethan Iverson disarmed the audience with a delicate, stately melody that, as he repeated and developed it, grew questioning and then yearning, quite moving in its taut simplicity. Perhaps it was the intimacy of the club — rare for a group this popular — and perhaps it acknowledged that Menomonie-born Iverson was back among his native state folk. Soft-spoken bassist Reid Anderson, who served as the emcee, later noted that an Iverson-penned tune “Self-Serve,” from their new album, intends to honor the Wisconsinite’s “can-do spirit of self-sufficiency.”

None of this means the set was touchy-feely. The second tune “Wolf Out” leapt with a scampering tempo, drummer Dave King pushing the trio with sharp, skedaddling accents, and Iverson hammering out minimalist, almost punk-like repetitions. Yet, the group plays with accomplished skill, rather than crude rockers mimicking jazz. They relish making the rock attitude interesting, surprising and intelligent.

Iverson is rather original in his pianistic concept and attack, yet the influence of Thelonious Monk dwells in the fragmented phrasing that almost never smooths out to boppish fluency. Still, by contrast, bassist Reid’s compositions, such as “I Hear You,” court true melody, here almost hesitant and yet growing into a slightly querulous chord pattern and almost pained lyrical undercurrent.

You begin to see how this group has a broad audience among both open-minded jazz fans and rock-oriented listeners. “Elect That” seems to thumb its nose at the whole electoral process, with King kicking a sharp, literally metallic attack, hitting with the bottoms of his brushes and then switching back to wire brush heads with little loss of snarky edge. Yet Anderson unfurled a probing, Charlie Haden-esque bass solo, taking deep musical breaths, letting the notes ring and fade, a sense of something lost.

So again, surprise and dynamic contrast reigns. By jazz standards, the tunes never lasted too long, often ending by snuffing what might be a groove vamp.

And BP chooses quirky ways to engage in specifics of the world. King’s “1972 Bronze Medalist,” supposedly commemorates “the triumph of the human spirit,” as Anderson described it, in depicting a Frenchman who won the medal. The pushing, plodding, driving beats did suggest life’s uphill trials and pitfalls, and finally a “triumph,” in resounding piano octaves.

But this seemed presented in quotation marks, a postmodern take on Romanticism. So you might scrutinize, embrace or dismiss the notion. And still, the “emotional core” is what they really care about, Anderson says. The Bad Plus has appropriated and absorbed the ironies and contradictions of the age, as their very name implies.

This review was first published in The Shepherd Express