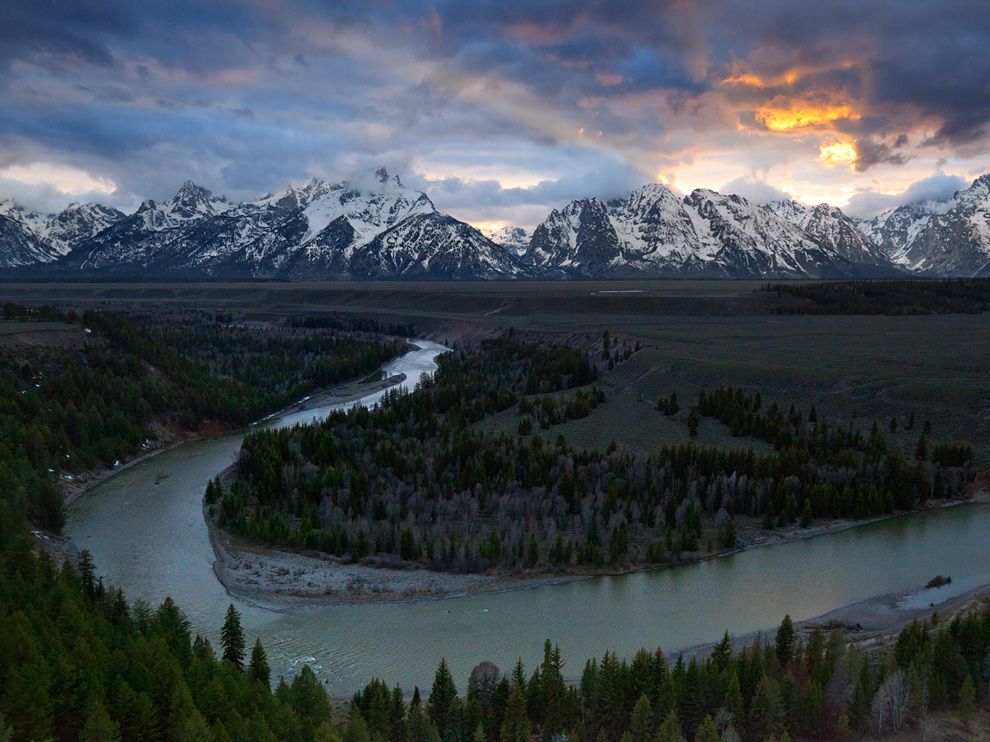 Readers may have noticed the change in the theme image of Culture Currents, to a photograph of the Grand Tetons, taken on March 11, 2012 by Michael Melford of National Geographic. I feel it adds a bit more dimension to my thematics even though the concept of “currents” is here a bit more subtle. However, the full, uncropped photo above includes much more of the Snake River undulating into the foreground. Here it is for your delectation. Of course, the wind is a primary source of aquatic currents, so the wind that helps shape the waves also moves the clouds that engulfed the mighty peaks this day.

This scene recalls my very first experience in the Tetons when, with my friend Frank Stemper, I began a climb of Teewinot Mountain with no experience or equipment,  back in my foolhardy youth. (Teewinot  is the broad-faced snowy mountain above the last bend in the river in the background. The Grand Teton, situated on Teewinot’s left, is invisible in cloud cover here. But I chose Melford’s National Georgraphic photo for its obvious beauty and complexity.)

Below are photos of the day we climbed in late August in the early 70s. 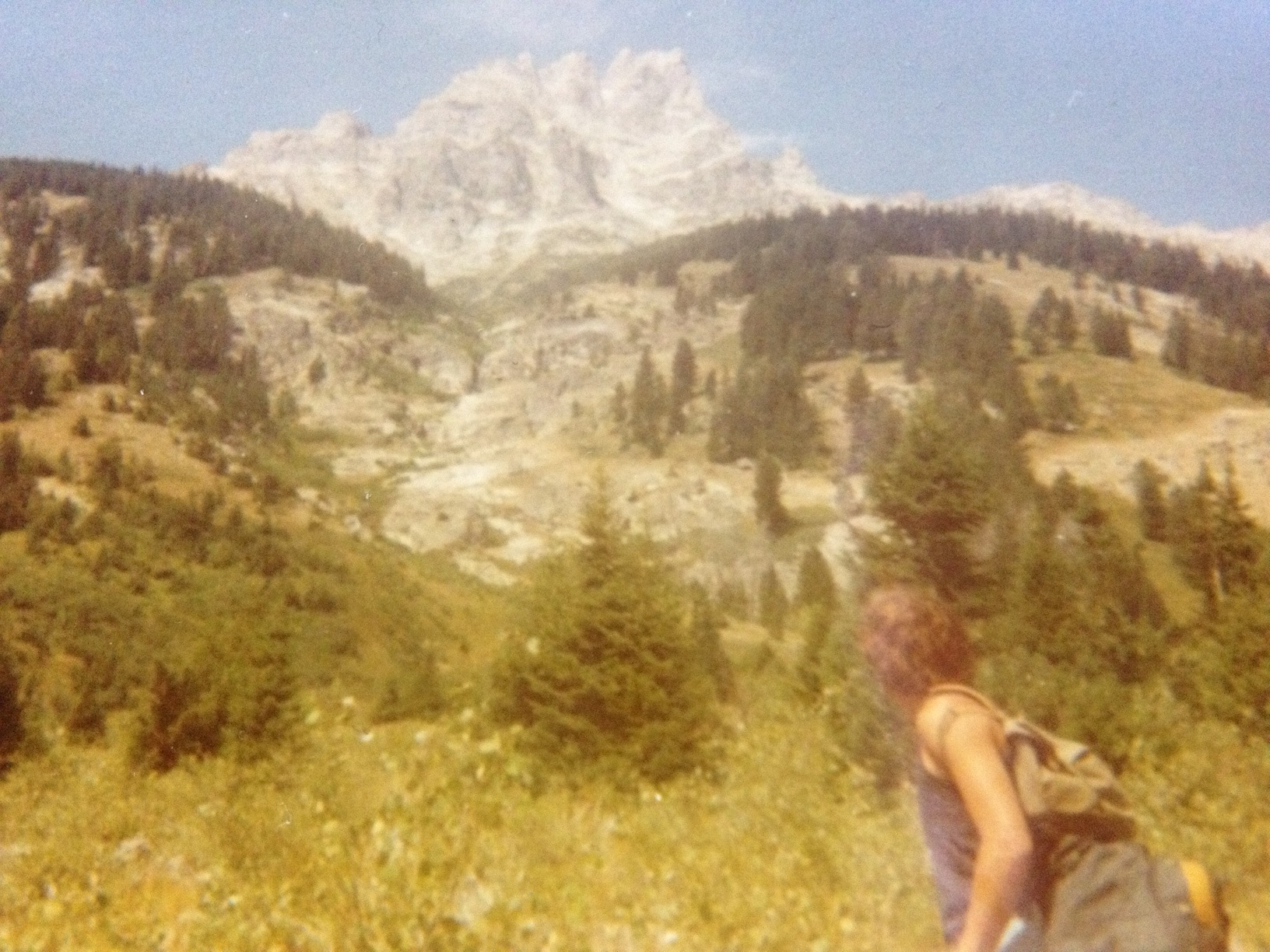 Frank and I climbed a ways above Teewinot’s tree line on the left face, and then retreated. But a dense cloud descended on the mountain, and we could hardly see a few feet in front of us — when we reached the edge of a steep cliff. We had no choice but to stop and plop down and wait for the clouds to clear. But night was falling and it began raining and the temperature hovered cruelly just above freezing. So we crawled into our cloth sleeping bags and lay shivering on the edge of the cliff, with our knees up in the air to try to keep our crotches dry. Frank offered me a cigarette for a bit of warmth, or one might say, cold comfort. I appreciated the puffs but it is the last cigarette I’ve ever smoked.

Frank fell asleep at one point and dreamed of our third friend, John Kurzawa, driving up the mountain in my mother’s Ford station wagon, and saving us.

It was only a dream and I don’t recall fallen asleep at all. The clouds finally abated sometime in the morning and were able to traverse along the cliff and find a path to descend. But that experience has certainly shaped my sense of the power of natural currents, thus wind and clouds serve as metaphoric symbols of my blog “Culture Currents” as much as water does.

By the way, I became a fairly enthusiastic climber and returned to the Tetons a number of times, and reached a handful of summits, including the Grand Teton. The Tetons taught me deep humilty, especially after I fell twice on one climb. I also began to sense how nature provides artistic form and texture, and dynamic challenges of energy, which feed perpetually into the human sense of creative possibility. Thus, landscape and seascape are timelessly fecund artistic forms for me. 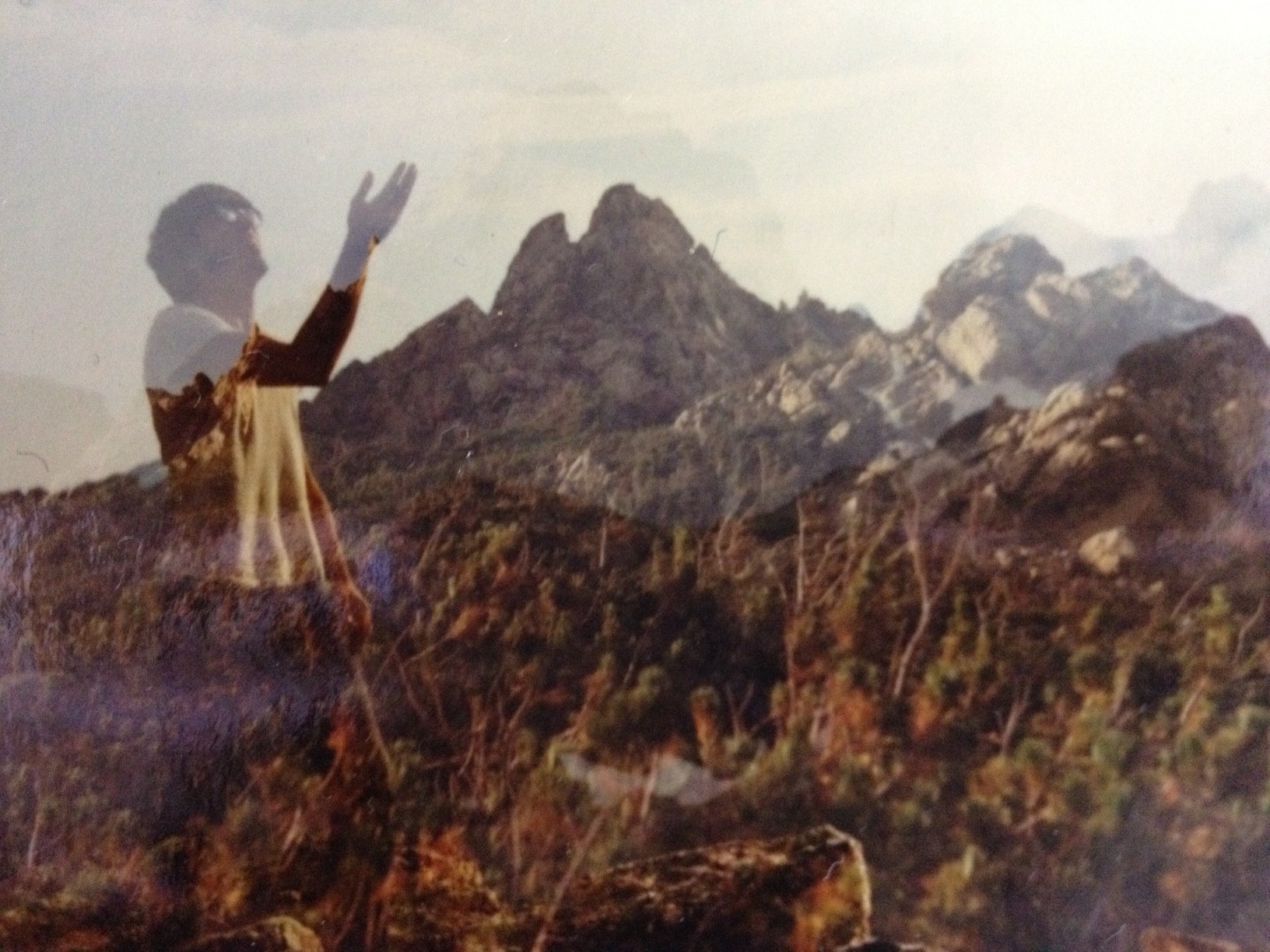 Meanwhile, Frank, though a very creative person as a composer, seems to have sworn off heights since then, although he remains a courageous marathoner into middle age.

“And we are enabled to apprehend at all what is sublime and noble only by the perpetual instilling and drenching of the reality which surrounds us. The universe constantly, and obediently answers to our conceptions; whether we travel fast or slow, the track is laid for us. Let us spend our lives in conceiving that. The poet or artist never yet had so fair and noble a design but some of his posterity at least could accomplish it.”

The human-centric transcendentalist notion that the universe “obediently answers to our conceptions” seems dubious today. However, we can certainly interpret the universe through our creative and scientific conceptions, although never truly possess it. Thoreau seems to acknowledge that, while bullishly articulating an inlet to nature-reality through creative consciousness.