I’ve been contemplating the word “honor” since hearing a live performance in early April of composer Frank Stemper’s work for cello and chamber orchestra, “The Persistence of Honor.”

The skeptical reader might think I am reading too much politics into a largely abstract work of music; that is not my point. I’ve written about the music’s particulars and significance in a previous blog on CC, and you can hear it at this link: https://kevernacular.com/?p=3477

I will acknowledge, however, the role of “Persistence” in inspiring this posting. That curious power comes in the 2009 work’s ability to nag at one’s consciousness, especially with its oddly rising and repeating — and ever-slightly changing — main theme. It’s like a voice in your head changing its tone slightly each time it repeats a rhetorical question, to imprint it deeper on your mind. And Stemper emphasized that his titular concept had to do with America’s geopolitical presence before Barack Obama was elected. Thus, as I understand it, the title stands as an ironic rebuke of the George W. Bush administration.

My real point about the music is that it made me think about the idea of honor and why it’s persistence is worth something — or anything — in today’s cynical world.
I was rudely reawakened into such wonder when I re-read Mark Danner’s deeply troubling essay, “The Darkness of Dick Cheney,”  in the March 6, 2014 issue of The New York Review of Books.1

Some might think it’s past time being troubled by Dick Cheney. After all, he is out of power. After I spoke of this article, a well-meaning liberal friend of mine tried to quell my sense of Cheney’s ongoing “evil.” She pointed out that there must be “some good in the man,” considering how he still evidently loves and perhaps honors his lesbian daughter Mary, and even supports same-sex marriage.

Fair enough, but we are talking about Dick Cheney, the vice president who clearly asserted more power than anyone in the George W. Bush administration, including perhaps the president.

One of Danner’s sharpest points is that we live today with the consequences of Cheney’s power, or his profligate and peculiarly amoral abuse of it: “In Fallujah, Iraq, where Al Qaeda-allied jihadists were nowhere to be found in Saddam Hussein’s Iraq have just again seized control; Syria, where Iraqi jihadists play a prominent part in the rebellion against the Assad regime; in Afghanistan, the Taliban, largely ignored after 2002 in the rush to turn American attention to Saddam Hussein, are resurgent.”

And then there’s the other side of the war on terror, the secret documents that, as CIA counsel John Rizzo remarks, “remain in effect to this day which authorizes the capture and detention of Al Qaeda created terrorists,” and another which “authorized taking lethal action against them. The language was simple and stark… We had filled the entire covert-action toolkit, including tools we never before used.” 2

Rizzo is talking about torture, such as the infamous “enhanced interrogation techniques” used against Khaled Sheikh Mohammed, the confessed mastermind of the September 11 attacks. Those techniques include prolonged sleep deprivation, beatings, forced nudity, “walling,” cold water immersions and waterboarding, which procedure he endured no less than 183 times.” 3 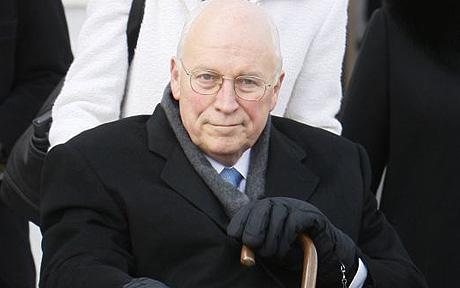 Danner explains: “The ‘black sites’—the network of secret prisons the CIA set up around the world, from Thailand and Afghanistan to Romania and Poland and Morocco—were ordered shut down by President Obama, but despite his executive order on his second day in office, Guantánamo Bay, the ‘public black site,’ remains open, its 155 detainees, but for a handful, uncharged and untried. Among that number live “high-value detainees” who were once secretly imprisoned at the black sites, where many were subjected to “enhanced interrogation techniques.” Asked whether he considers “a prolonged period of creating the sensation of drowning”—waterboarding—to be torture, Cheney’s response comes fast and certain:

I don’t. Tell me what terrorist attacks that you would have let go forward because you didn’t want to be a mean and nasty fellow. Are you gonna trade the lives of a number of people because you want to preserve your, your honor, (my boldface) or are you going to do your job, do what’s required first and foremost, your responsibility to safeguard the United States of America and the lives of its citizens. Now given a choice between doing what we did or backing off and saying, “We know you know their next attack against the United States but we’re not gonna force you to tell us what it is because it might create a bad image for us.” That’s not a close call for me.

“Quite apart from the large factual questions blithely begged, there is a kind of stark amoral grandeur to this answer that takes one’s breath away,” Danner continues. “Just as he was likely the most important and influential American official in making the decision to withhold the protection of the Geneva Conventions from detainees, Cheney was likely the most important and influential American when it came to imposing an official government policy of torture. It is quite clear he simply cannot, or will not, acknowledge that such a policy raises any serious moral or legal questions at all.

“Those who do acknowledge such questions, he appears to believe, are poseurs, acting out some highfalutin and affected pretense based on—there is a barely suppressed sneer here— ‘preserving your honor.’ (Danner’s italics) What does he think of those—and their number includes the current attorney general of the United States and the president himself—who believe and have declared publicly that waterboarding is torture and thus plainly illegal? For Cheney, the question is not only ‘not a close call.’ It is not even a question.” 4

And yet, as a nation, we have addressed torture as a serious internal moral issue at least since the 1850s when White-Jacket, Herman Melville’s novelistic expose of the U.S. Navy, helped spur Congress to ban flogging in that branch of the military. Look at the photograph of Cheney at top, in conference with Bush and you almost palpably feel Cheney’s sneer, hardly suppressed. When he addresses the term “honor,” he actually stumbles over it in the quote above, as if recoiling at the notion of integrity or honesty. Like Danner, I felt a chill when I read the cold, imperious tone of that extended quote.

Now, note the epigraph quote at top; Cheney’s notion of “honor” transmutes into the steely-hard notion of “principle,” which also serves him as anodyne to the “bit of the dirty word” — compromise.

Webster’s defines honor as “adherence to principles considered right; integrity,” and also as “honesty, fairness, or integrity in one’s beliefs and actions: a code of honor.” Also the related synonym “integrity” (listed in the same definition of honor) seems germane here, defined as “indicates a soundness of moral principle that no power or influence can impair.” 5

Power and influence are the operative words here, and then we might consider how the notions of honor, honesty, fairness or integrity apply in shaping an unimpaired moral principle. There’s Cheney’s word “principle.” So, to be fair, go back and look at his quote at the top and judge for yourself how he applies the qualities of honor or morality to the notion of principle. For me, Cheney’s long, dark, bloody arm still extends into the unfolding present and future.

I’m struck in that top quote by Cheney’s use of the word “man” — rather than “person” — as embodying the quality of “principle.”
He is categorically excluding women and implicitly suggesting that “principle” is a quality inherent in his type of man, rather than woman.

What does this evidently macho posture say about his judgment of what, say, a woman vice president might do under the same circumstantial exercise of power? Would a hypothetical woman vice president indulge in “dirty” compromise regarding torture as policy?  Where might she have led us, during the Bush administration?

More pressingly, where might the high-stakes, high-power exercise of compromise now take such a leader, in the face of all the Cheney-wrought consequences before us?

The Democrats’ lead presidential candidate, Hillary Clinton, is a woman, of course, as is oft-mentioned Sen. Elizabeth Warren as a primary challenger to Clinton. Given that women politicians may be more receptive to compromise than the neo-conservative boys club of Cheney-Bush-Rumsfeld, et al., one might envision Warren accepting Clinton’s offer to become her vice-presidential running mate. If they won in 2016, Dick Cheney might still sneer, but our torture policies and national fate in the volatile Middle East may begin to change, with powerful women rolling up their sleeves and getting to work.

1 Danner’s essay is an extended review of RJ Cutler and Greg Finton’s film The World According to Dick Cheney, and two books: In My Time: A Personal and Political Memoir by Dick Cheney with Liz Cheney, and Heart: An American Medical Odyssey by Dick Cheney and Jonathan Reiner M.D. with Liz Cheney. And what of his co-author, his “straight” daughter, Liz? A New York Times reporter summed her up recently. In an abort bid for a Senate seat in Wyoming, “she carried the banner of a hawkish foreign policy at a moment when a more restrained approach to national security is ascendant in the Republican Party. Further, she prompted an ugly and public split with her lesbian sister, Mary, by declaring her opposition to same-sex marriage — and was nevertheless attacked with television ads by a third-party conservative group over gay rights.”