News of WMCS-AM (1290) suffering the soul-gutting of a dreaded “format change” stirred one of the most indelible memories of my many years of working in Wisconsin media, which I’ll get to shortly.

In a city that still suffers from some of the worst segregation in the nation, WMCS provided a categorically transcendent voice for the African-American viewpoint that radiated enlightenment on urban life and reality to most corners of the Milwaukee area (given the limits of its AM power/penetration).

Now, one of the oldest black-owned radio stations in the country has its talk-show format snuffed out, under the explanation it had been losing money for a decade.

So maybe it was inevitable in a bottom-line world. But mindful culture can defy the bottom-line mentality, so let’s consider what we’re losing.  Silencing community dialogue it speaks to the perspectives of Milwaukee’s black minority is chilling in the face of pervasiveness of hard right talk radio The tough news was well covered in The Milwaukee Journal Sentinel Wednesday by TV and radio reporter Duane Dudek and editorial columnist James Causey (JSonline.com). State Sen. Lena Taylor and Ald. Willie Wade also bemoaned the loss, and the station’s morning talk show host Eric Von noted that the impact on Milwaukee’s black listenership is compounded by the effect on “the more progressive community. By and large, we were it in terms of progressive conversations.”

WMCS, formerly known as WAWA, 92.1 has been long sustained by the partnership of Green Bay Packer great Willie Davis , is the talk show branch of the Milwaukee Radio Alliance which also owns WL DB-FM  (93.3) and WLUM FM (102.1).

In an age of iPods, Napster and online song-sharing and other personalized listening modes, some say broadcast radio is dead but I don’t buy it. Milwaukee broadcast culture  thrives with great music from the likes of WMSE (91.7), WY MS (88.9) in WUWM (89.7), our Public radio outlet. I listen to all three and although I once DJ’d on WLUM it and LDB are a notch below the others ( I also DJ’d on MSE), partly because LUM is no longer an urban music-oriented station, having joined the crowded field of pop-rock-indie stations. Of course, “urban” format translates loosely to African-American-oriented broadcasting.

Which brings me to my vivid memory of one Sunday night years ago when I was doing my jazz and blues program on WLUM. I documented this in my hopefully forthcoming book Voices In The River: The Jazz Message To Democracy. This passage is from Chapter 4, titled “What’s Going On? – Milwaukee Starts to Hear Voices.”:

One night changed my understanding of what was happening in the somewhat mysterious realm of radio airwaves, inhabited at the other end by invisible people, attuned to your transmissions like creatures hidden in the hills.

Half way through my show, the AP teletype machine clacked out dire news: “Marvin Gaye has been shot dead. His father is held suspect.” I cut in to read the report and within seconds the phone lines were jammed with wailing women, and men.

“Man you gotta play ‘What’s Goin’ On!’” they all said. I hadn’t brought that record because I didn’t play much R&B on that slot. Being Sunday night, the station library was closed. I riffled frantically through the few hundred records in the current rotation bins.

No Marvin Gaye. “You gotta find a way to bring some lovin’ here today…” How could this happen? Not tonight on my show… “Father father”… I looked under the M’s and the G’s four times each… Brother Brother, there’s far too many of you dying… finally, I found it, dog-eared and precious. Rain-drenched Marvin. I sighed and pulled it out of the sleeve and slipped the small teardrop hole onto the platter. Ohhh, what’s goin’ on, what’s goin’ on? 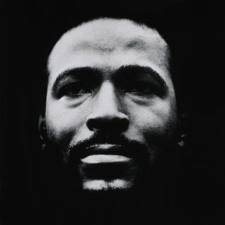 The red phone buttons glowed like fireflies in heat, and my finger clicked up listeners also sighing, in gratitude mingled with grief.

What I realized was that many of these people had been listening to my jazz program, most of them black folks, who supposedly had been lost as a jazz “demographic” (even though the term wasn’t used then). But when I read the news bulletin they knew the night now belonged to Marvin’s “inner city blues.” The emotional receptors had switched to a slightly different frequency, to one that “makes me wanna holler.” I loved being able to make that switch for them.

The music was all one, just colored in many shades of soul and intellect.

Has music changed today? It seems to have, in the way it is so tightly controlled, produced and marketed. Music down loading seems to be a public revolt against that control, as are the vast alt-rock, independent label and roots music movements. I refuse to belief contemporary music has changed in essence. It seemed to make such a difference in society and culture 20 years ago, because musicians reflected and responded to the times. It still can, to the degree that music can free itself from corporate media systems of control and marketing manipulation and co-opting.

Gaye was shot twice following a physical altercation with his father, Marvin Gaye Sr., after the singer-songwriter intervened in an argument between his father and his mother Alberta. The father killed Gaye with the .38 pistol his son had bought him. Fate sometimes has the darkest wit:  Gaye died on April Fool’s Day, 1984. 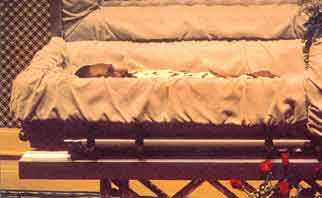 The bigger relevant point underlying this tragic event is, of course, gun violence. Despite all the profoundly justified current concern and pending legislation regarding mass murders with assault weapons, it’s easy to forget that the vast majority of homicides in America are one-on-one killings with handguns, like Marvin Gaye’s death. His murder by his father was one of the most shockingly dramatic in modern American history because of Gaye’s fame, genius and his pointedly eloquent message.

Craig Werner, UW-Madison Professor of Afro-American Studies, wrote “part of what makes What’s Going On an unquestioned masterpiece is Gaye’s concentration on the social crosscurrents sweeping to the inner cities and the country as a whole.” 1. Werner resonates with station host Eric Von’s point about the “larger progressive community.”

This blog Culture Currents humbly strives to sustain a kind of socio-cultural concentration for current times, part of the reason why Gaye sticks in my consciousness like a beautiful scar.

WLUM’s AM sister station WMCS fought against what Gaye called inner city blues and will leave a void that one only hopes will not be filled with more echoes of gunfire, and insufficient community dialogue and action response.

I left Milwaukee in 1989 to take a job covering the arts for The Capital Times in Madison. When I returned to my hometown a few years ago and started tuning in to local radio, what I found most missing on the local airwaves was something I akin to Madison’s The Mic 92.1. Madison’s progressive talk radio station offers south-central Wisconsin the nationally syndicated voices of Ed Schultz, Thom Hartmann, Stephanie Miller, and, on Sundays,  Robert Kennedy Jr. and Mike Papontonio (co-hosting “Ring of Fire”) and Rev. Jessie Jackson, among others. (Check it out online at http://www.themic921.com/main.html)>

Now that the progressive-oriented talk forum of WMCS is silenced, more than ever Milwaukee needs a station like The Mic which conscientiously covers our social and political crosscurrents.