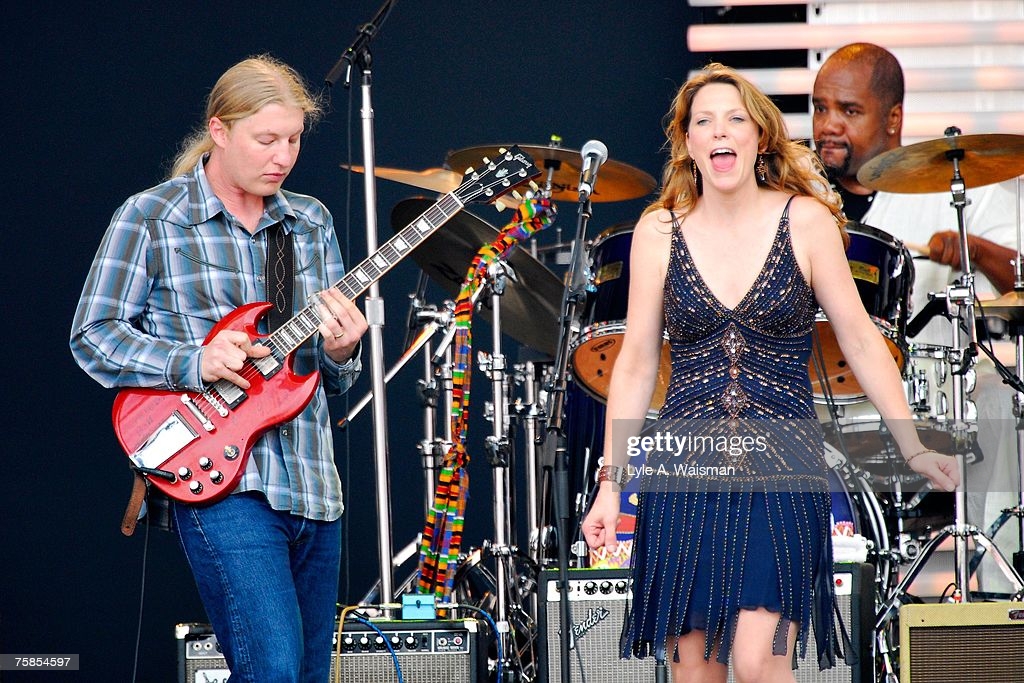 I’ve been a big Tedeschi-Trucks Band fan since before their break-out album, Revelator, and I came across a video of a performance which may have been what originally turned up my radar on them, very high.

Here they perform Eric Clapton’s song “Anyday” from the iconic Derek and the Dominos Layla album. Susan Tedeschi, then a sparkling and blazingly soulful redhead, shares lead vocals with the band’s lead and back-up singer and songwriter Mike Mattison. The searing guitar solos are, of course, by Susan’s musical and life mate, Derek Trucks

The performance is from Eric Clapton’s Crossroads Guitar Festival 2007. I first saw this from the video concert of that festival and, playing it cranked up, this was a powerhouse. There is something incredibly infectious about the band’s performance and that’s heartily evident when you see Clapton himself, on side stage, singing along with gusto to one of the lines. A few moments later. you see the festival’s emcee, comedian Bill Murray, who appears pretty knocked out by the music.

I think you might be too, and if you’re familiar with this, I hope it’s as enjoyable of a revisit as it was from me today.