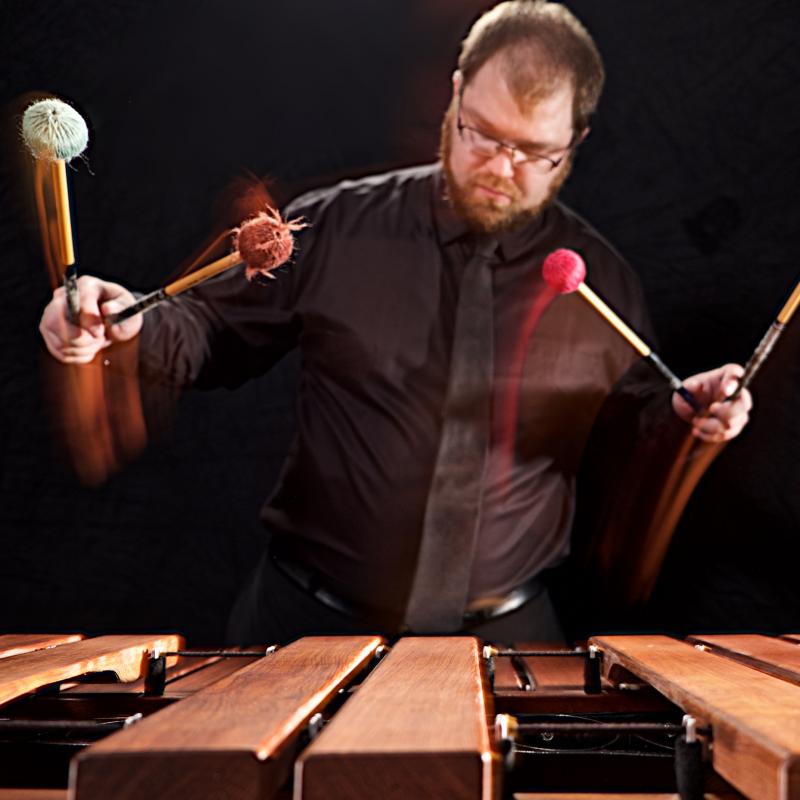 I strive to be neither an optimist or a pessimist, as Herman Melville, somewhat of a spiritual role-model, described himself. My orientation to Melville distinctly more than to his clearly-optimist contemporary Walt Whitman (as great as lovable as Whitman is!) suggests a personal intellectual bent.

Similarly, I’ve always been fascinated by existentialism, but as a resonant, timely, and influential cultural phenomenon, more than a philosophy I instinctively embrace. Now, alas, the adjective “existential” has been drained into an almost a meaningless quasi-political cliche, as apt as that may be.

On the other hand, many more people now understand the basic concept, if not its philosophic implications.

Nevertheless, if anything, I harbor the arc of history that bends toward justice and hope, and realization for self, community, and nation, though I’m still worried about the latter.

Which brings me to the curiously remarkable Milwaukee musician and composer Mike Neumeyer, who I have critically appraised in this blog previously. 1 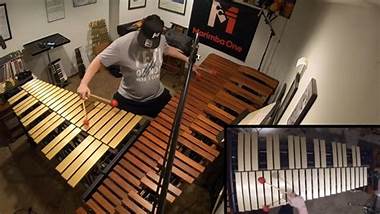 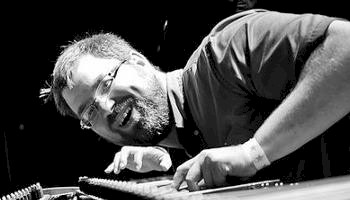 He’s at it again, a video of his self-styled vocals, accompanying an extremely skillful production of multi-screen instrumental performance.

“Life” allows for a broad philosophical application, but emerges as a combination of feel-good geekiness and sophisticated, hip musicality.

The you-gotta-believe affirmation of his lyric and singing is enhanced by the beaming sophistication of his jazz-improv playing, and its cultural range, as he comingles the traditional African djembe hand drum, along with his two main axes, vibes and marimba, and an atmospheric touch, a synthesized sort of vibes mallet board.

It’s beautifully presented from different angles but without overwhelming the viewer — while infiltrating the open mind/heart with his big-gulp-of-yes vibes message. And what’s delightfully disarming is his self-aware goofiness, here in the form of the various T-shirts and hats he appears in, like an irrepressible Mad Hatter, including a highly caloric ten-gallon cheese-head hat.

Neumeyer has also done plenty of adroit four-mallet “pure” music playing and recording, as well. Those inclined to diss such a talented and likable artist might check in the mirror for Scrooge-like cragginess emerging (say, a crookedly distended eyeball and brow while feeding your default mood).

Plus, it seems we could use all the positive-reinforcement creativity we can get, especially after I just read an unsettling, stare-deep-into-American-apocalypse essay about the growing threat of racist white-supremacist militia groups, in the latest New York Review of Books. It’s right here:

How Can We Neutralize the Militias?

So, I’m hardly just peddling Pollyannaism. I hope Melville would approve, given that the “lone orphan” Ishmael (and that author’s slightly dominant alter-ego) does survive the catastrophe, to tell perhaps the greatest American fair-warning parable epic, Moby-Dick.

I hope we have a Neumeyer-ish Ishmael musician (and author and political type) — A Brave New World Geek Squad — to survive, and keep hope and power alive, through what worst may come.

Meanwhile, thanks, Mr. Neumeyer, for your geeky, vibrational gust – more like an uplifting, meditative breeze – of affirmation.
May the force be with you, and us, and our democracy.

OK, that’s a hoary trope, but right now “the force” seems to have some replenished potency in the face of numbingly countless “existential threats.”

So, onward fellow citizens and creative types, and ride the righteous vibe as far as you can.