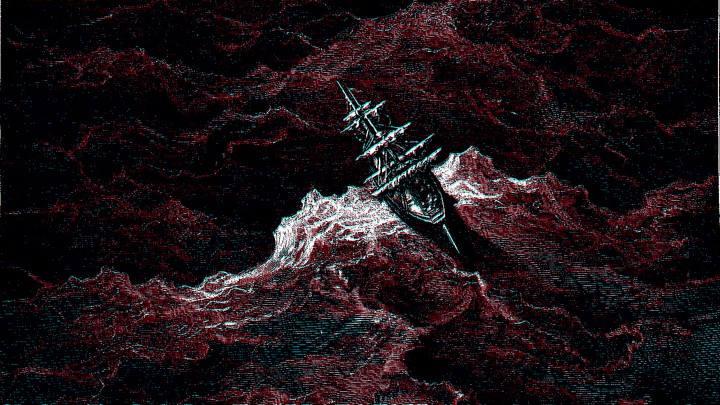 “The Rime of the Ancient Mariner,” here including contemporary illustrations of the poem

As things stand, no part of the world reflects our current unsteady and dangerous situation more than the vast, rolling inexorable expanses of the sea. Atlantic writer James Parker makes that argument in recommending for right now in 2020 Samuel Taylor Coleridge’s immortal poem “The Rime of the Ancient Mariner.”

Though published in 1798, the verse demonstrates, especially in the seas incessantly transporting waves, how what goes around comes. And with the arrival the coronavirus, Coleridge’s poem has returned to speak to us, here in the voices of variety talented and notable reciters: actors Jeremy Irons, Willem Dafoe and Tilda Swinton; novelist Hillary Mantel; poet Simon Armitahe; and singers Marianne Faithfull and Iggy Pop, and others. Each reading is illustrated by a notable recent visual artist 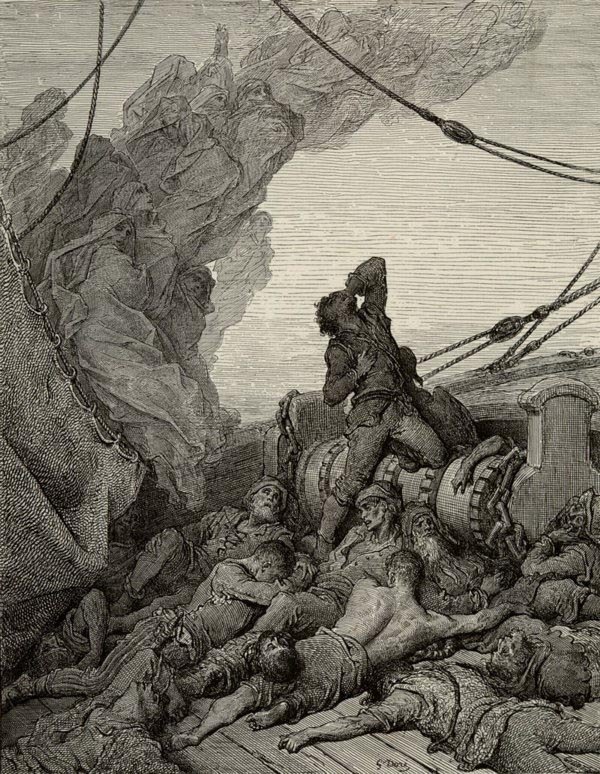 A scene from “The Ancient Mariner.” Courtesy 4umi.com

Now is the the time when not only any symbolic traveler but all members of the world, feel a bit lost at sea, thus the poems universality for the moment. It also powerfully addresses weaknesses and failings of the protagonist in facing the dilemma, in the symbolic form of the fateful shooting of the albatross. 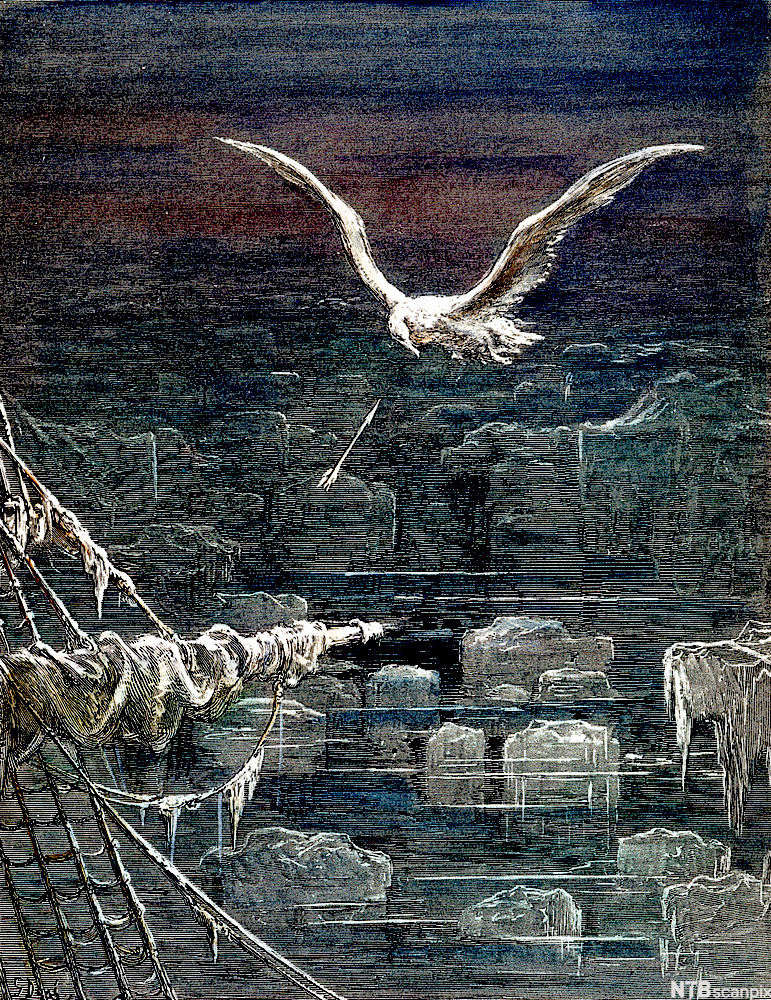 And the poem certainly befits the sea-ike motif implicit in this blog, Culture Currents (Vernaculars Speak). This vernacular is ancient, but rich and powerful and resonant. Give these recorded samples a try and see if you don’t agree. There’s also a link (in the article’s fourth paragraph) to “Ancient Mariner” Big Read, the full composite perfomance by the array gifted participants. Here’s Parker’s piece:

Rime of the Ancient Mariner