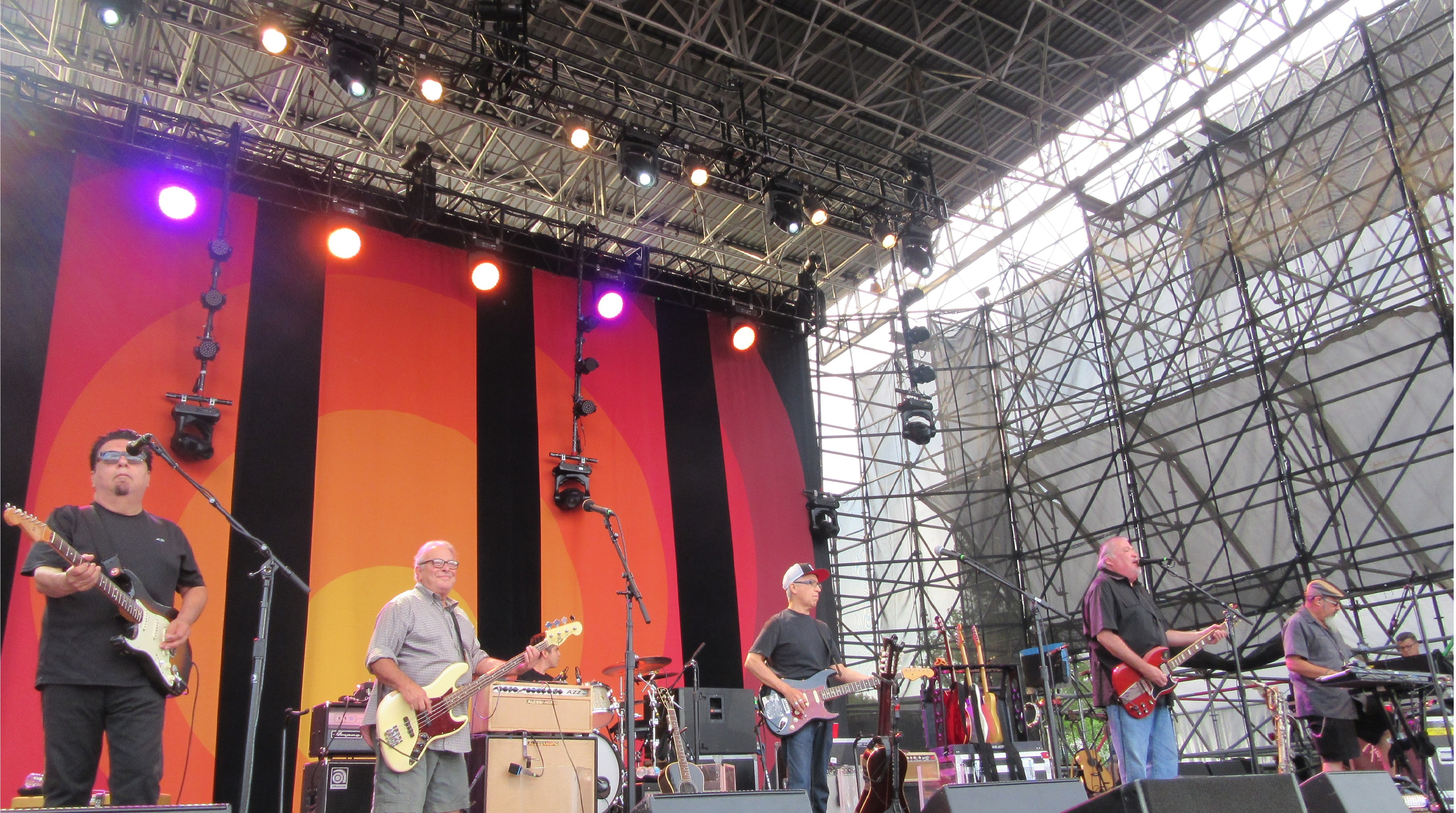 Los Lobos performing in Indianapolis on the 2016 “Wheels of Soul” tour, as the opening act for the Tedeschi Trucks Band. (L-R: Cesar Rosas, Conrad Lozano, Louie Perez, David Hidalgo, and Steve Berlin) at this concert, the two groups also jammed together for several songs. Photo by Kevin Lynch

“And right now, Mexico’s economy is doing so well,” (Steve Berlin) adds. “If you look more than an inch deep, the so-called immigration problem is that many Mexican workers are going back to Mexico, because they can get better work there than they can here. The economic problem is nothing like what Donald Trump is presenting.”

Like a burning spear cutting through the thick informational gaslight of the present, this quote, from the longtime Los Lobos multi-instrumentalist Steve Berlin, kept nagging at me, as I followed the contrivances and hypocrisies of the Trump administration’s border family separation policy.

Yes, there’s a very serious mess largely manufactured by the Trump administration, which needs to give due process to refugees requesting asylum and to re-unite separated children with their parents and properly and fairly deal with unaccompanied young illegal border-crossers.

And yes, many of these refugees come from Central America. But the big perceived problem  — the motivation for the fabled Trump border wall — initially had to do with Mexicans crossing the border, as then-candidate Trump framed it originally.

So I am reposting this article as an instructive cultural offering, especially to those who think that Latinos from south of the border have very little to offer, and are only here to take away jobs from white people.

Especially if you have at least some appreciation of excellent rock music with Latin rhythms, soul and great storytelling, then I hope you read this story, which is a look at a great music group, centered on their superb last album Band of Gold. The article was commissioned as a cover story for the online publication NoDepression.com. Thus, it is fairly in-depth, but I think it’s a good read and I hope you get something out of it. It includes original interviews with Steve Berlin — the band’s only gringo — and with the group’s primary songwriter-guitarist, Louie Perez.

Especially check out the immigration story of Perez and his lifelong friend David Hidalgo, the band’s lead guitarist and lead singer. I hope it helps clarify some misperceptions and illuminates the value of immigrants and refugees who want to come to America for a better life and have something to offer, as most immigrants to America always have. These have something special, in song and story. Thanks for your time. — KL

Los Lobos: The powerful and beautiful social comment of “Gates of Gold”