The 2018 Isthmus Jazz Festival in Madison is well underway but it has reimagined and reinvented itself into one of the largest jazz festival events in Wisconsin history. In collaboration with the Madison Jazz Consortium, the fest has done this by reclaiming and redistributing its resources into a vast, community-oriented event that also seems unique in the state’s history.

So even if you’re only a not-too-long-drive away, it’s promising to be a remarkably rich cultural experience.
The event has expanded to ten days, having begun on June 1 and running officially through this Sunday.

Plus, several major events extend beyond the official festival, further into June but adding up to an extraordinarily rich extension of the festival’s ambitious parameters.

The Isthmus Festival has both more free and richly diverse events, and more ticketed events than in the past. Among the notable events already passed are the Emerson Hunton Quintet with Greg Ward and Russ Johnson along with the former city poet laureate Fabu’s publication celebration for her book about Mary Lou Williams; the brilliant multi-instrumentalist and conceptualist Hanah Jon Taylor’s commissioned new work “Songs for the Emerging Man;” The New Breed Jam’s “Wayne Shorter Night;” and the ingenious Chicago flamenco jazz guitarist Goran Ivanovic.

AND TODAY, FRIDAY, the unique and popular Strollin’ State Street neighborhood series continues into the evening with events at the Wisconsin Historical Museum, on the UW-Madison campus mall, and Fair Trade Coffee, Nick’s Restaurant and Parthenon Gyros, all on State Street.

And then, a number of notable and compelling events extend through the month, although not part of the official four-day event.
Among the events to mark on your calendar are:

June 17:  BROKEN SHADOWS at ARTS + LITERATURE LABORATORY.  Broken Shadows, a new project (named for an Ornette Coleman album) features four world-class musicians hailing from the urban northern half of America. Tim Berne (sax), Chris Speed (clarinet/sax), Reid Anderson (bass) and Dave King (drums) have banded together to reinterpret the timeless sounds of great men from the rural South and heartland of the country: Ornette Coleman, Julius Hemphill, Dewey Redman and Charlie Haden. The group symbolically and culturally strives to bridge an historic divide that remains deep in America, between the South and North. 8pm. ALL, Arts + Literature Laboratory, 2021 Winnebago.  Tickets $20 advance; $25 at the door.

Another highlight should be: 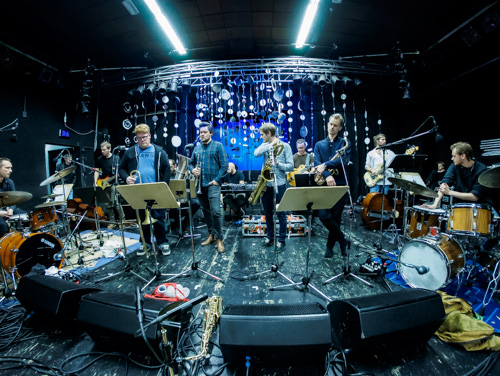 But these are only selected highlights. For a complete schedule of this remarkable event visit: Isthmus Jazz Festival 2018