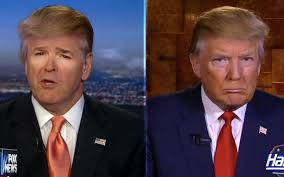 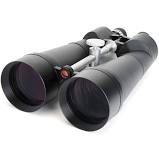 Regarding the new controversy in TV-besotted Trumpworld: Fox talk show host Sean Hannity’s evidently increasing closeness and influence over Donald Trump and his “thinking,” ie. his tweets and even policy behaviors.

“It’s impossible to overstate how much influence Sean Hannity has on Trump and the White House,” says a pundit on a show Wednesday afternoon, hosted by Nicolle Wallace, a Republican talk show host on MSNBC.*

“But it’s innocuous, because it’s so transparent, “ says Donny Deutsch, an advertising executive and former talk TV host, who’s a curious sort of pundit on serious politics. He seems to take a quasi-aesthetic/ political gamesmanship angle, the kind who manipulates mirrors to see things, then “re-focuses” to his curiously skewed viewpoint. He’s the sort of “liberalesque” guy who might be liked by Trump (See Deutsch’s controversies below 1)

Wallace has become one of MSNBC’s most watchable and compelling hosts, even though she’s a bit buried in the middle of the daily afternoon slot. I’m fortunate that I work largely at home, and can catch her from time to time. And she’s worth political reflection for not being an obvious liberal, like most MSNBC hosts. I admit I seem to be a clear liberal now, having been pushed further left in recent decades by Republican corruption, inhumane destructiveness, and now a sort of presidential insanity and the pervasive spinelessness of Republican Congress members.

(Similarly another Republican commentator frequently on MSNBC, former George W. Bush strategist Steve Schmidt is, for my money, among the most lacerating, illuminating, and eloquent critics of Trump. He’s a paragon of a true Republican patriot, and could be a strong (R) presidential candidate, if he were so inclined. 2)

Back to the exchange on the Wallace show: Deutsch’s waffling-banalities-disguised-as-bright-ideas continues: “A poll says half of Republicans say that Fox News is the most reliable source of information…I think Fox viewers accept whatever Trump has to deliver. He’s a master communicator.”

To me, “master communicator” is an utterly grandiose way of putting it (or driving it when he should be putting it, to use a golf analogy Trump might understand).

A “master communicator” cannot persistently be a “you know what I mean” president, as Wallace again pithily nailed Trump as, versus one who can actually study, understand and articulate a viable, humane, democratic, and coherent policy. We’re increasingly frightened by Trump’s dangerous, by-seat-of-his-pants “foreign policy.” What’s left of my hair turns whiter daily.

To me, Trump is not “such an idiot” as a friend of mine recently said, in understandable exasperation. More precisely, Trump is an idiot savant, of sorts. And it’s quite clear by now that his “genius” is his ability to toy with his 30% voter lemmings, the base group called “The Base” – and, sadly, manipulate the daily news cycle, with his irrepressible and typically semi-articulate Twitter bleats. So yes, there’s also some strange breed of fox in this orange-haired Fox suckler.

Another dangerous aspect of the Hannity-Trump “symbiotic” relationship (as these pundits agreed on) is that not only is Hannity the “unofficial Chief of Staff’ as White House insiders now call him. With John Kelley seriously on the outs (and Trump following the advice of no official staffer, except maybe his newbie nuclear-tipped plaything John Bolton), Hannity might be morphing into the type of presidential whisperer that Dick Cheney was: in effect, the shadow president when George W. Bush was nominally president.

Bush implicitly admitted this, by having to repeatedly assert his independence from Cheney by calling himself “The Decider. “ The problem, and danger and tragedy (see: The Iraq War, and the unleashing of Middle East chaos, which continues exacerbated today) was that W.’s decisions stood on the hyper-macho mountains of bullshit built – and fed to him – by Cheney, and the nuclear tomahawk who is now Trump’s national security advisor, John Bolton.

Lord (if you’re paying attention anywhere), have mercy on us!

I don’t watch Hannity enough to give him a pointed or pithy labeI, or characterization.  I’ll leave that up to others. Thoughts?

Respond on Facebook, preferably, or on the comments section here.

*I apologize, I turned away from the TV to begin typing notes for this post, so I missed the name of this quoted commenter. If any reader can identify him, please do!